The Star & Garter Theater, one of Chicago’s largest and best-known burlesque theaters, opened in February 1908 and was located at 815 West Madison Street. Designed and decorated in the style of the city’s leading dramatic theaters, the Star & Garter aimed to legitimize burlesque as a form of elite entertainment. During its more than fifty years in operation, the theater showcased the talents of many of the nation’s best-known burlesque troupes and vaudeville comedians. Its presence near the intersection of Madison and Halsted Streets helped establish the Near West Side as one of Chicago’s leading outlying amusement centers.

The Star & Garter was owned and operated by the Hyde & Behman burlesque theater circuit. Hoping to set their new theater apart from the city’s smaller and less highly regarded burlesque houses, Hyde and Behman spared few expenses in the design and construction of the Star & Garter. Most accounts put the theater’s cost at between $450,000 and $500,000, or roughly $11 million in 2009 dollars. It was designed by the New York architectural firm of Dodge & Morrison and had a seating capacity of 1,960. When the theater opened in 1908, most observers considered it to be one of the best-designed and lavishly decorated theaters in the city. The entrance lobby measured 30 feet by 46 feet and featured marble-clad walls and dark-red tile floors. Wide aisles and bronzed stairways led patrons to their leather-upholstered seats on one of three levels. Aside from the main floor, the mezzanine boxes, and the balcony, there were six boxes on either side of the stage. The seats were upholstered in buff leather. Crimson-red draperies decorated the stage and proscenium boxes. Other features included a men’s smoking room, a ladies’ parlor, a basement rathskeller, and carved marble drinking fountains in the inner lobby. The entire building was designed to be fireproof, with an automatic sprinkler system and a 18,000-gallon emergency supply of water stored in a rooftop tank. The theater was, according to Variety, “a marvel in beauty and architecture.” 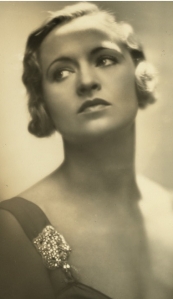 Ethel Shutta, made a September 1921 appearance at the Star & Garter

The formal opening of the Star & Garter took place on Sunday afternoon, 9 February 1908. Admission prices ranged from 15 cents for the balcony to 75 cents for box seats. Charles Robinson and his burletta-performing “Night Owls” were the opening attraction, along with an assortment of vaudeville acts. Many other all-female dancing troupes performed at the theater in the months and years that followed. During the theater’s first year in business, groups like Fred Irwin’s “New Majestics,” the “Transatlantic Burlesquers,” “The Mardi Gras Beauties,” and “The Jersey Lillies” all made appearances at the theater. Among the best-known performers to step onto the Star & Garter stage were Jack Conway, Lester Allen, Don Barclay, Ethel Shutta, Watson and Cohan, Bobby Barry, Tommy “Bozo” Snyder, and Dave Marion, also known as Snuffy the Cabman.

During the theater’s early years, Hyde & Behman sought to differentiate the Star & Garter from other burlesque houses by carefully regulating the content of each act that performed there. House managers reviewed each performer’s act prior to showtime and ordered them to eliminate anything deemed too risque. “It seems that there are two brands of burlesque,” one commentator explained, “censored and uncensored.” At the Star & Garter, “Each traveling company is warned before beginning an engagement which kind will be tolerated. If the character of the theater demands a censored variety, a reasonably clean and inoffensive musical farce results. If the ‘lid’ is lifted the comedians and their women assistants are permitted to go as far as the police will permit.” As a result, the style of burlesque presented at the Star & Garter during the 1910s was decidedly less provocative and sexually suggestive than that offered by some of Chicago’s less refined burlesque houses, such as the Trocadero and Folly Theaters on South State Street. Indeed, many of the theater’s burlesque shows were more reminiscent of nineteenth-century minstrel or burlesque shows insofar as they combined leggy dance numbers with comedy routines and other vaudeville acts that skewered the “legitimate” theater and lampooned contemporary social taboos.

Bobby Barry, made a November 1921 appearance at the Star & Garter

One reason Hyde & Behman had for placing restrictions on performers was to avoid gaining a reputation as a “down-and-dirty” burlesque house patronized by men only. With nearly 2,000 seats to fill, the theater’s managers could not rely solely on male customers to ensure profitability. Accordingly, they made a sustained and concerted effort to convice Chicago women that visiting the Star & Garter was not only safe and respectable, but also enjoyable. A 1919 advertisement, for instance, reminded potential customers that “Every Day [Was] Ladies Day” at the Star & Garter, while another one from 1921 pointed out that “10,000 Women Attend Our Shows Weekly.” Women also received a discount on their the price of admission for all performances. Additionally, several of the theater’s rules of conduct and operational policies were designed with women in mind. For example, smoking was prohibited on the main floor of the auditorium. Also, candy barkers and souvenir vendors were not permitted to sell their goods inside the theater, as was customary at other burlesque houses.

It is not entirely clear how successful Hyde & Behman were at attracting women to the Star & Garter. No reliable numbers exist, but the anecdotal evidence appears to confirm that women made up a far greater proportion of audiences at the Star & Garter than at the city’s other burlesque theaters, even if they were still outnumbered by the men. For example, a reporter for Variety wrote the following shortly after the theater’s debut: “During the two weeks the house has been open the increase in women patronage has been marked, and the audience from pit to dome are not of the customary burlesque kind. If the high standard of refinement is maintained and the attractions kept up to the inauguration level the theatre will enjoy an enviable reputation and large business all season.” A few weeks later, a second report noted, “Since the house opened the women attendance has steadily increased. At a matinee one day last week there were 280 women in the audience, the largest aggregation of femininity in the history of Chicago burlesque.” Regardless of the exact numbers, the Star & Garter did enjoy a slightly better reputation than many of the city’s other burlesque theaters. Indeed, in the eyes of many Chicagoans of the time, the mere presence of women conveyed a certain degree of moral respectability upon an establishment, owing to traditional assumptions about the supposedly innate virtuousness of women. Hyde & Behman played upon and to some extent succeeded in using these gendered notions of human behavior to boost attendance, increase profits, and maximize the return on their investment.

With the advent of the less sexually restrictive era of the flapper in the 1920s, the Star & Garter’s more conservative brand of burlesque began to lose its appeal. By 1922, Hyde & Behman discontinued burlesque shows at the theater. They were replaced by amateur boxing bouts and “professional” wrestling matches that pitted members of different ethnic groups against one another in overtly nationalistic athletic confrontations. During one wrestling match at the theater in April 1923, for example, Italian heavyweight champion Renato Gardini squared off against Greek wrestler Demetrius Tofalos. Other matches featured Irish, Turkish, Czech, Lithuanian, French-Canadian, Polish, and Jewish wrestlers and boxers, including many drawn from Chicago’s own neighborhoods. Between November 1922 and April 1926, dozens of wresting and boxing matches were held at the Star & Garter. Fans from across the west side crowded into the theater to cheer on their compatriots and jeer those boxers and wrestlers who were of different ethnic background than their own.

Burlesque shows returned to the Star & Garter in late 1927, usually in conjunction with a feature motion picture. The burlesque shows of the late 1920s and 1930s, while still far more ostentatious and skillfully produced than those at Chicago’s smaller and less pricey burlesque houses, were nonetheless more sexually suggestive than those presented at the theater prior to 1922. Each show was built around one particularly charismatic performer and her supporting cast of female dancers. Mary Sunde was the theater’s headliner for much of 1934. Promotional materials for Sunde, who was born in Norway but raised in Wisconsin, depicted her as the perfect combination—at least in the eyes of men inclined to attend burlesque shows—of exotic beauty and down-home wholesomeness. Her flowing blonde hair and youthful figure made her “the last word in feminine pulchritude,” and yet she was nonetheless “a demure lassie, who lives to sew, cook, and keep house.” Such testaments helped build up a dreamgirl image around the women who performed at the Star & Garter, reassuring male patrons that the women who performed at the theater, despite their status as women with a career of their own and a strong awareness of their own sexuality, were in actuality no threat to their power and authority as men. “In short,” read one tribute to Sunde, she “is sister under the skin to the typical American home girl.” Other headliners of the 1930s included Ada Leonard, who first appeared at the theater in September 1934, and Maxine De Shon, who arrived one year later.

In late 1935, the Star & Garter went dark and remained closed until September 1946, when Hyde & Behman sold the theater to two investors, Harold L. Clamage of Saint Louis and Harold W. Buchberger of Chicago, for the sum of $110,000. The new owners installed air-conditioning in the theater, touched up its appearance, and reopened the theater. During late 1946, it operated briefly as a combination burlesque and movie house, but quickly shifted to an all-movie policy, which remained in place until September 1971, when the adjacent Mid-City National Bank purchased the property to make way for a parking lot. Demolition of the theater took place during the months of February and March 1972.